Based in Kent, Horizonscan has a large and growing core team. Our consultants have wide-ranging experience and skills, but specialise in either Resilience, Response or Crisis Management.

Russ co-founded Horizonscan in 2012. He has two decades’ experience in the fire safety and aviation sectors, includes roles as Head of Safety at Virgin Atlantic, and as Fire Strategy Manager at BAA. These positions involved delivering and risk assuring both commercial expansions, such as new routes to the Caribbean, and infrastructure projects – most notably the Gatwick Skyway and Heathrow Terminal 5. Having begun his career in the Navy and then the fire brigade, Russ has a comprehensive understanding of the strategic and operational challenges around building security and continuity into private and public sector projects. He is a Fellow of the Institute of Fire Engineers, an Associate Member of the Business Continuity Institute, and secretary of the Tall Buildings Fire Safety Network.

Russ was given the European Strategic Risk Management Award In 2004, and was named International Fire Safety Professional of the Year in 2015. A particular interest of his is in Horizonscan’s crisis simulation work.

Director and Head of Marketing

Ursula Timpson is the Business Development Director and co-owner of Horizonscan. With two decades of sales and marketing experience within Global Pharmaceutical Companies, she has gone on to successfully develop and grow three start-up businesses. Leading on acquiring new business for Horizonscan and delivering the business growth required to achieve planned targets.

Will has been at Horizonscan since 2015, having previously worked in politics and public affairs. He ran as a parliamentary candidate in South Thanet in 2015, and was a councillor on Kent County Council. He has been a researcher and parliamentary assistant, both in London and Brussels, and has a Masters in Business Administration. As General Manager, Will and is responsible for finance, personnel and organisational development at Horizonscan. He also delivers work around crisis comms and political risk. Mick has been at Horizonscan since the company was founded in 2012. He previously spent eight years working as an advisor to the UK Government on Command and Control structures. This ranged from working for the Office of the Deputy Prime Minister to Command roles with the military and Serco. After the 9/11 terrorist attacks in New York, Mick was seconded to the national review of UK crisis response capabilities across emergency services and military disciplines, leading to the establishment of policies and protocols which are still in place today. Having first joined the fire brigade in 1979, Mick is now entering his fifth decade working in infrastructure protection and emergency planning. He leads on Horizonscan's Crisis Management projects. An expert in Crisis Simulation and Emergency Management, Mark has a particular knowledge of incidents relating to both large commercial and High Rise buildings. He has supported a number of key commercial and infrastructure sites with this, from FTSE 100, S&P 500 and Dow Jones 50 companies through to public sector assets.
A member of the Tall Buildings Fire Safety Network steering group, he provided expert media analysis in the wake of the 2017 Grenfell tragedy. Mark is trained in IT systems, data communications & Infrastructure engineer and has worked as an independent IT Consultant.
Using these skills he supports our clients in areas of, data protection, disaster recovery and cyber resilience. Qualifying as a lifeguard in 1978 Mark has been actively involved in life safety for over 42 years. Having over 30 years’ frontline incident management experience (Kent Fire and Rescue Service) that included developing regional and national training, risk and response plans for key infrastructure sites (Like Hospitals , National Grid, and COMAH).
Mark brings a specific skills set around Incident management, emergency policy & procedural development joining Horizonscan in 2015 and has a particular focus on our Risk, Resilience Readiness & Response work.

A Senior Consultant specializing in response projects, Michael joined Horizonscan three years ago following over 33 years in Kent Fire and Rescue Service. He assisted in managing an operational Division and both Commanded and supported Incident Command at larger complex Incidents. During his period of service, Michael was awarded both Silver and Golden Jubilee medals from the Queen. He is also a Member of the Institute of Fire Engineers (MIFE) and a Fire Safety specialist. His work at Horizonscan centres on building operational capacity and preparedness at organizations, as well as creating emergency protocols, improving command, control and recovery times during emergency and crisis events.

As a Senior Consultant in Crisis Management, Andre has 30 years experience in the Metropolitan Police, including six year stint as Tactical Firearms Commander. His roles have involved counter-terrorism preparation and operational delivery of major security events – such as the Diamond Jubilee, the state opening of parliament and the visit of the US President. As well as these front-facing roles, Andre has worked on key questions around organisational compliance, strategic policy, protocols and standards in the police service – most recently for the Independent Office for Police Conduct.

Mark joined the company in 2018, having worked in the fire service and on national security for 27 years, running up to 2014. As well as holding senior command positions across the sector, Mark’s career involved wide-ranging preventative work. This included delivering training, designing bespoke policy, building workforce capacity, providing Quality Assurance, and the development of multi-agency protocols and procedures around national resilience. His present role at Horizonscan reflects this, focusing on organisational, personnel and workforce capacity, and on improving inter-operability between security systems.

Now entering his fourth year at Horizonscan, Lewis joined following eight years working in the public sector for Thanet District Council. His initial focus was on Business Impact Analysis and Business Continuity Planning, and he has been accredited by the Business Continuity Institute. His more recent work for Horizonscan centres on exercises around Crisis Management and scenario development, as well as on developing and extending knowledge-sharing processes within the organisation. Joely joined in 2016 as an apprentice, and has grown with the business. She is now a Consultant, and has conducted Crisis Simulation Exercises, Site Surveys and Readiness Assessments. She has a Business Continuity Management Diploma from Buckinghamshire New University, where she focused on the key thematic aspects of commercial preparedness – a project which allowed her to collate Horizonscan’s own institutional knowledge.

Bethany joined us in 2018, having completed a Masters degree in Occupational Psychology at the University of West England. She has particular expertise in organisational culture, workplace psychology and employee welfare, and spent four years working in the financial sector while studying. Her work at Horizonscan focuses on resilience, and particularly on the human impact and personnel implications of the fallout from crisis events.

Patricia has been Horizonscan’s Financial Controller since 2015, alongside this she runs her own accountancy practice specialising in providing book-keeping and payroll services. She has over 35 years’ experience in financial planning and accountancy and has worked across a range of sectors. Patricia delivers our accountancy and cost control and offers operational and strategic input into financial decision-making. Hannah joined Horizonscan in 2019 as part of our apprenticeship programme. She supports our internal finance and admin work, specialising in business admin and IT. She joined the organisation from a role as a teaching assistant, and has previously worked the customer services and leisure sectors. 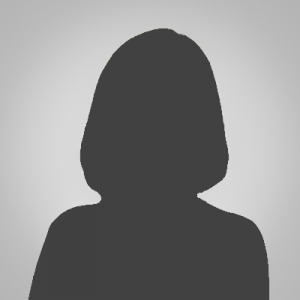 Simie joined Horizonscan from a position as a vetting agent for a digital certification company, a role which involved the oversight of compliance. Having previously spent many years within the travel sector, she is an experienced and confident communicator. She has a level 5 CertTESOL qualification, as well as a degree in Modern Languages (specialising in French and Spanish) from the University of East Anglia. She loves travelling, and has lived in Turkey, Mauritius and Madagascar.

Olga has a background in international development and risk management. She held a policy role with the UN’s regional development hub in Thailand, and spent five years with the Georgian government’s Ministry for the Environment. She has a MSc in Disaster Risk Management and Climate Change, and a degree in international and European law. She has worked in several disaster zones on the frontline, including for the UNIFEC relief effort in Haiti, following the 2010 Earthquake. 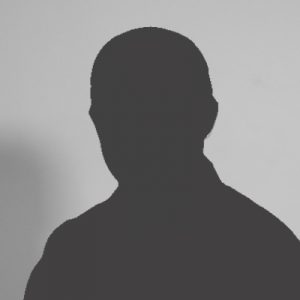 The former manager of a large, operational fire station in Ramsgate, Paul has two decades’ experience in emergency response planning, and in risk assurance for large events and infrastructure projects. This includes nine years working in fire safety and emergency planning around the Channel Tunnel. Paul trains others in Silver Command, and his operational knowledge includes fire safety around tall buildings, the haulage sector, and the pharmaceutical industry. He has extensive experience of delivering risk management at high profile events, ranging from Prime Ministerial dinners at the opening of the Channel Tunnel, through to the 2003 British Golf Open.

Paul is himself a keen golfer in his spare time. He spent nineteen years as a school governor in Westgate.

In an era of 24-hour news and social media, the management of communications is increasingly central to an organisation’s resilience in the face of change. Anna’s particular interest in crisis media and reputation management stems from more than 30 years’ experience as a journalist. She started her career as a trainee print reporter on local newspapers in North London, before working her way up and specialising in world news and current affairs with various national and international news organisations including the BBC, CNN, ABC (America), Worldwide Television News (now APTN) and Visnews (now Reuters TV). During that time Anna covered some of the world’s biggest stories, and ran bureaux in Moscow, Sarajevo and Brussels. Since leaving the BBC in 2010, she has worked with organisations across a variety of private and public sectors to improve their crisis communications and understand and engage effectively with the media. She regularly teaches, writes and speaks about journalism and media issues, and was Media Advisor to the Panel of the Independent Jersey Care Inquiry into historic child abuse.

Anna is a member of the Chartered Institute of Journalists, served on the London Executive Board of The Emergency Planning Society, is a school governor (Chair, Risk & Mitigation Committee) and is now Board Advisor on Media Engagement for The Security Institute.

As Horizonscan’s Specialist Consultant in Crisis Management, Mick has a background in the management of big events and high-risk projects. This includes three decades in the police – with eleven years in the firearms unit – and a further eight years working on national security projects. Mick has particular experience of security planning for events which involve large crowds, high profile guests and multiple moving parts. These range from safety assurance delivery at Wembley, the O2 arena and the 2012 Olympic Games opening ceremony, through to counter-terrorism preparations during Papal and political visits, and risk management around the Julian Assange case.

Mick enjoys travelling, sport, and spending time with his wife and two daughters 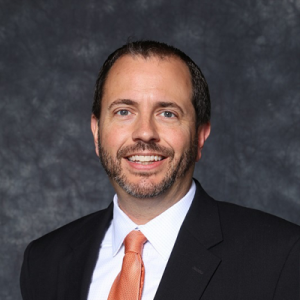 As President of Compass Risk Services, a partner organisation of Horizonscan’s, Chris’s specialism is in enterprise risk. With a professional background in commercial property, casualty and management liability insurance, he has significant experience of managing day‐to‐day commercial risk and of addressing exposure concerns. He has worked for high-profile clients including the Panama Canal, the Palm Jumierah and the Reliance Jamnagar Refinery, and has advised on insurance issues for technical and enterprise risks in developing nations. 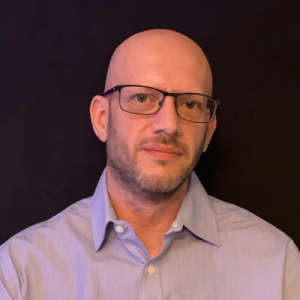 Nick is a specialist in financial risk. He has over 28 years insurance industry experience, including 12 years at Lloyds of London, the world’s leading insurance market. He has also advised lenders for financed projects in the developing world, and spent 16 years working in the US, where he covered a range of commercial markets. This included managing C-suite relationships with carriers and captives around the world, and working for the Charles Taylor Risk Consulting Team in Dallas.

He now lives back in London, and is a consultant with Compass Risk Services.